Every year I take several long day trips to various lakes in Rocky Mountain National Park.  While I’ve backpacked in the past, I’m not a big fan of packing a ton of gear in eight to ten miles, then living off bad food.  Plus, getting a backcountry permit and bear containers are a real pain. Instead, I opt for day trips.  I get up really early, hike in, fish all day, then bolt out before the sun drops.  Plus, I can pick days where I’m not going to get pounded with hail or scatter for shelter when the lightning strikes.

This year, a client talked me into running the Medoc marathon in France.  Instead of doing my long runs, I opted to do hikes in RMNP.  These are really long hikes and allowed me to get deep into the park and fish lakes I’ve never been able to reach.  While I have done Arrowhead lake twice, the hike was so brutal I never had enough time to fish before I had to turn around.

With my marathon training, I’m in a bit better shape, and I opted for some trails where there was an easy path to the lake—not like Arrowhead.  The goal was to run half and walk half.  Generally, I was able to do that. The lakes I visited are listed below along with a few photos.

I do need to emphasize, however, that if you want to try these, you need to be in marathon shape.  The hikes are brutal, much more difficult than a twenty mile run.  But it’s also more fun than spending three hours on a treadmill or fighting traffic lights.

Here’s a summary of a few of my trips. If you want more info on any of them, just let me know. 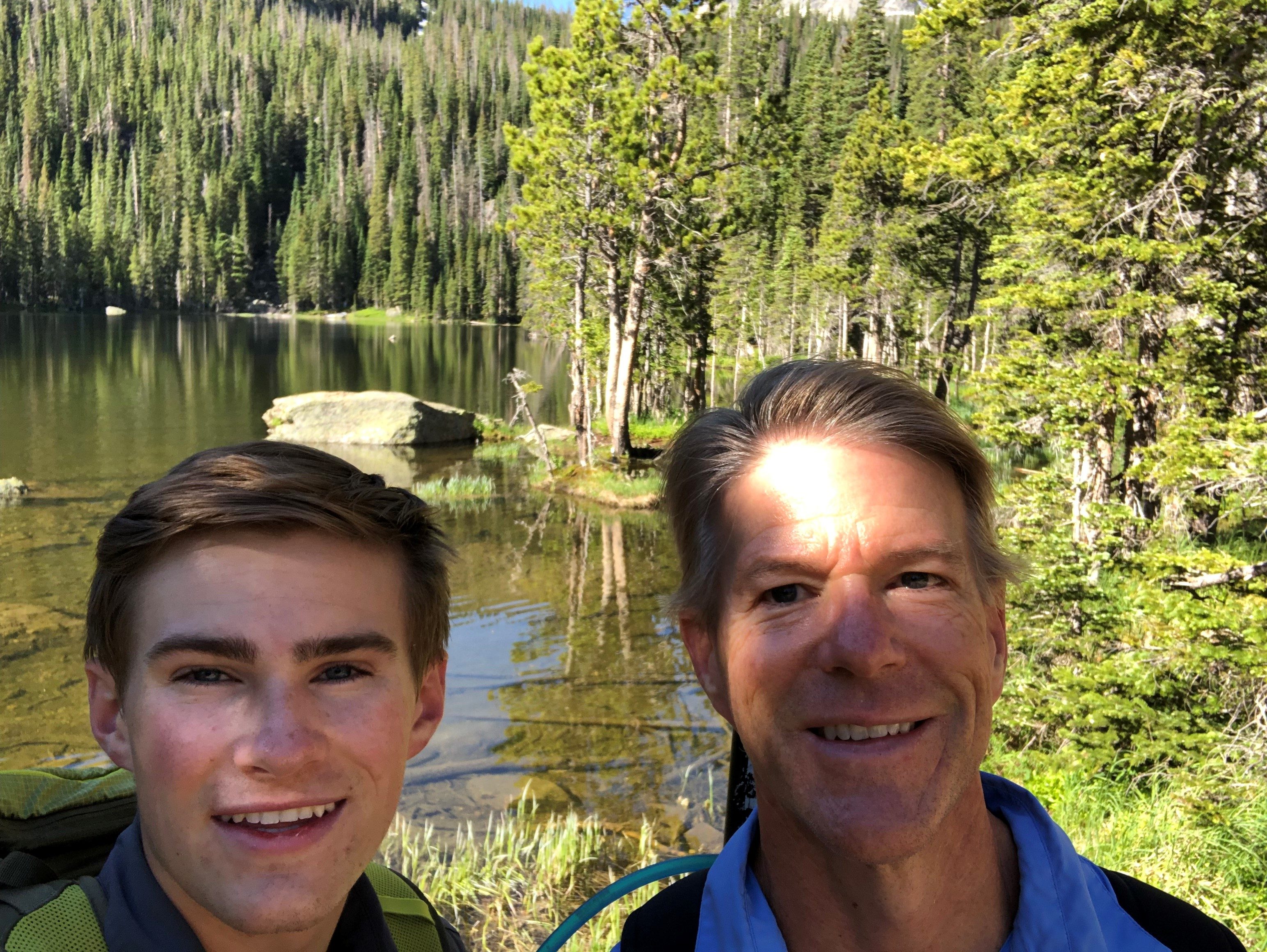 This is a picture of Fern.  Sprague is below. 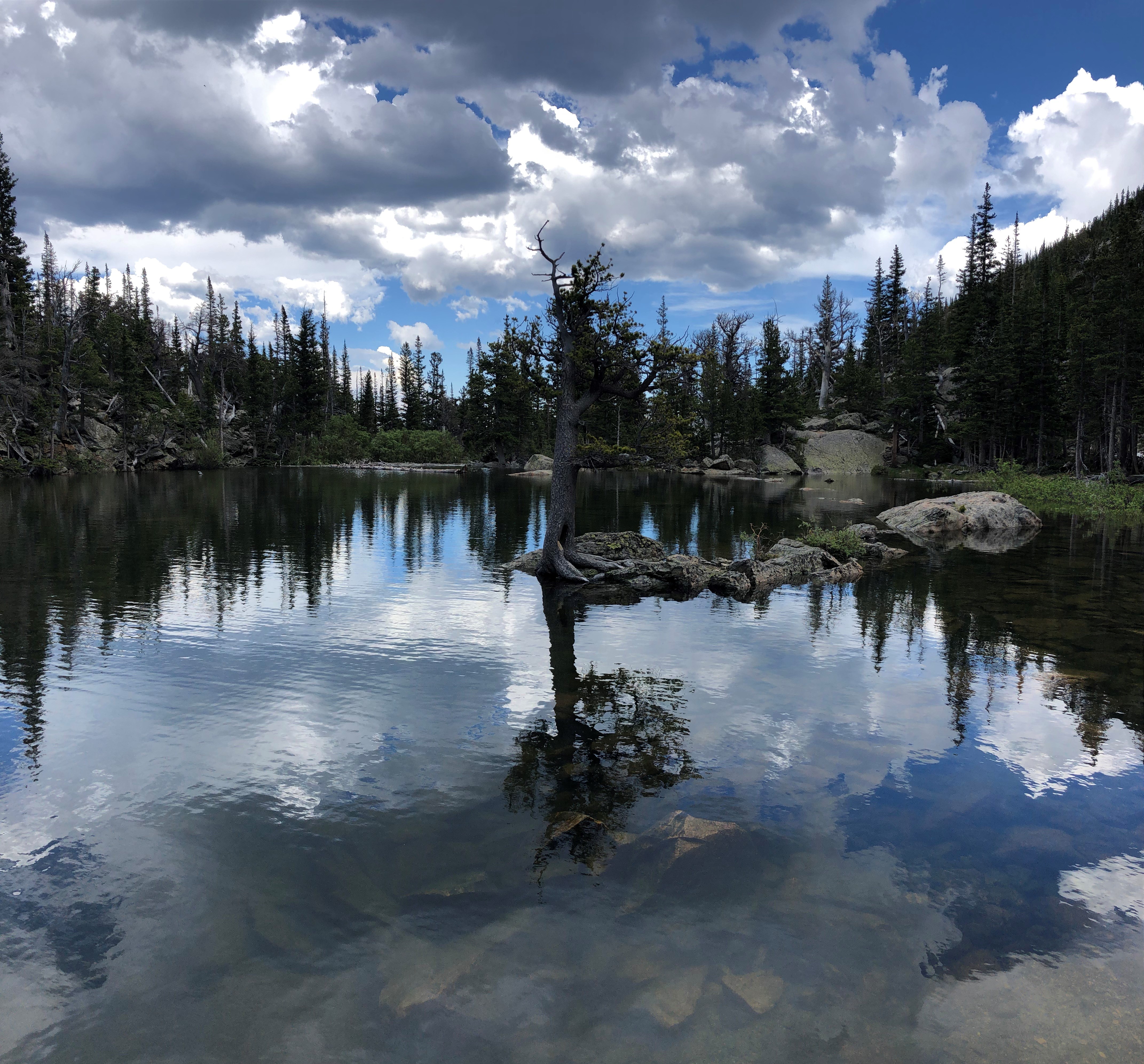 This was my warm up hike, and I took my son. We normally try this in June, but the snows were so deep that we didn’t get up until the second week in July.  There was still lots of snow, but we made it through. I suspect that the fish probably hadn’t seen a fly yet. 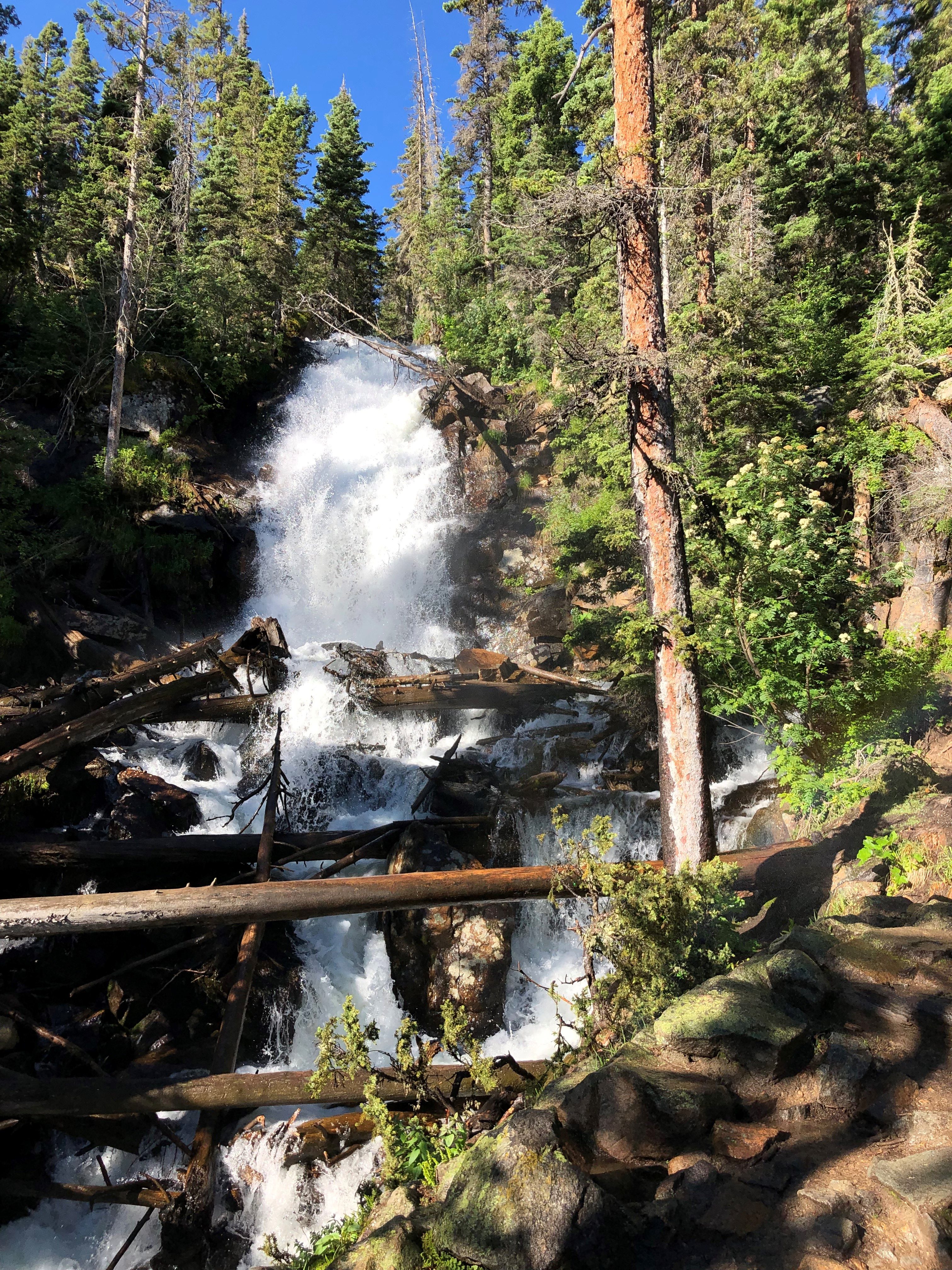 The falls were raging.  Definitely the most water I’ve ever seen coming down. 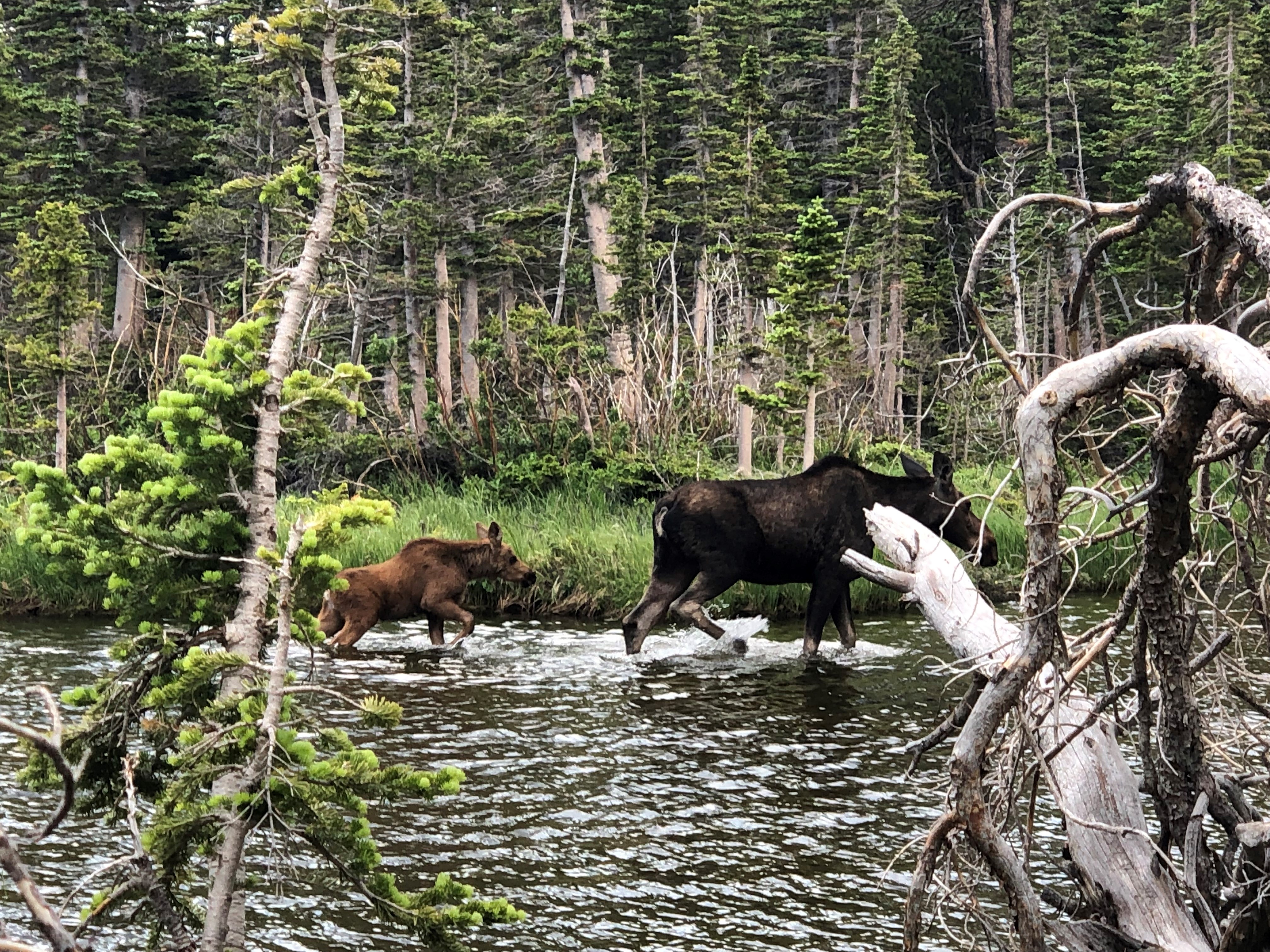 We also saw three moose.  While I’ve seen them before in the park, I’ve never seen them up this high.  We were a bit surprised. 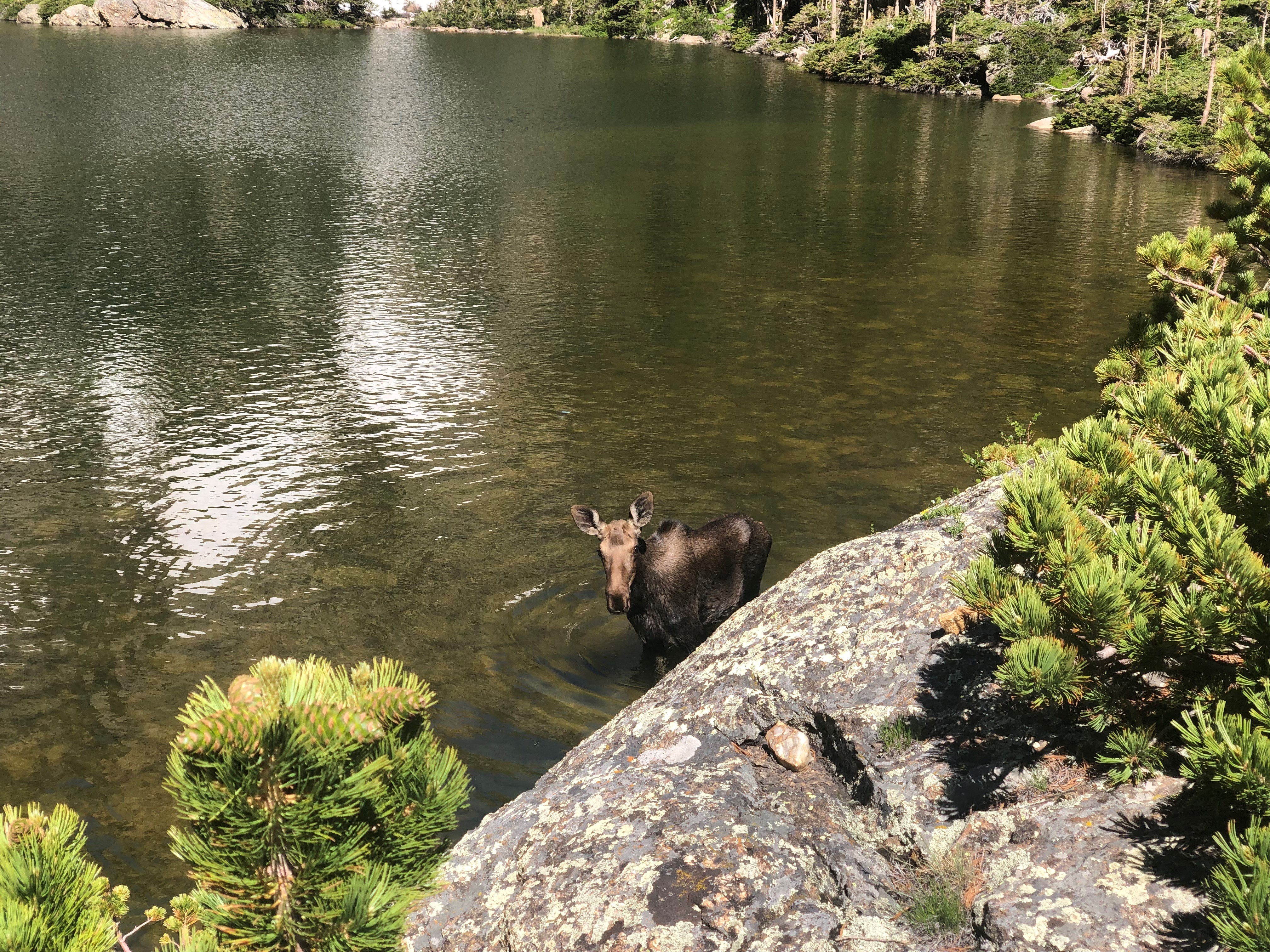 Round trip was about ten miles.  You can make it up in two hours, then make it back quite easily in an hour and a half. 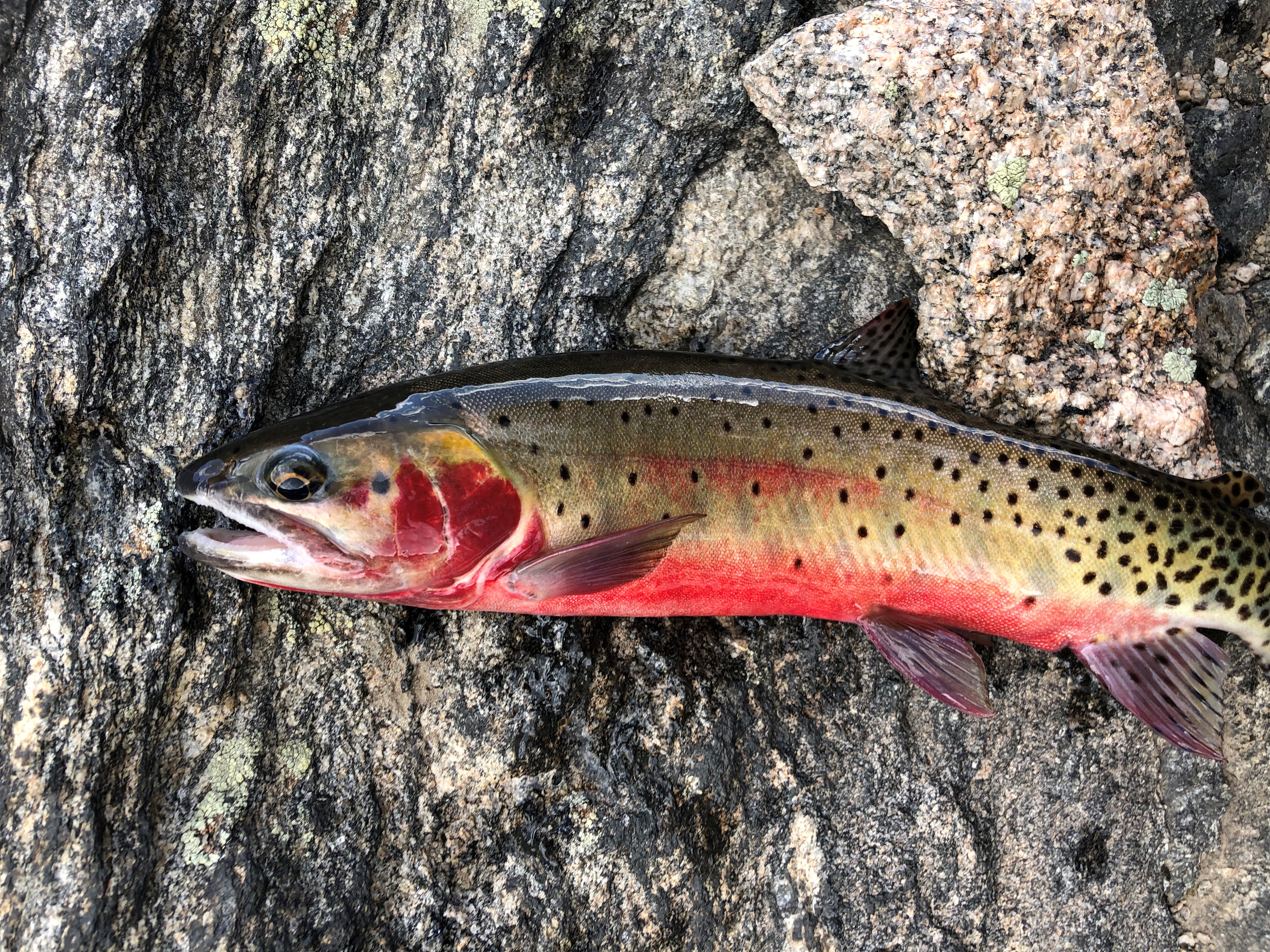 The easiest way to describe this hike is easy, but long.  The trail is really nicely kept up, and it is a constant incline.  If you get a good pace, you can keep it the entire way.  If you jog a bit, you can make it in under two and a half hours. I jogged the whole way back and did it in about an hour and a half. But I have to admit, I was really tired and sore the next two days.

Fishing here is really hit and miss. Some days I’ve have good luck, especially with streamers. Other times, next to nothing.  I still haven’t figured this lake out.  It’s definitely one of the more difficult to fish.  Still, the scenery along the way makes it a fun trip, even if the fishing isn’t so good.  And, there is always the river along the way.  You can virtually stop anywhere and pull out a few brookies. I did catch one nice cutt in the river. 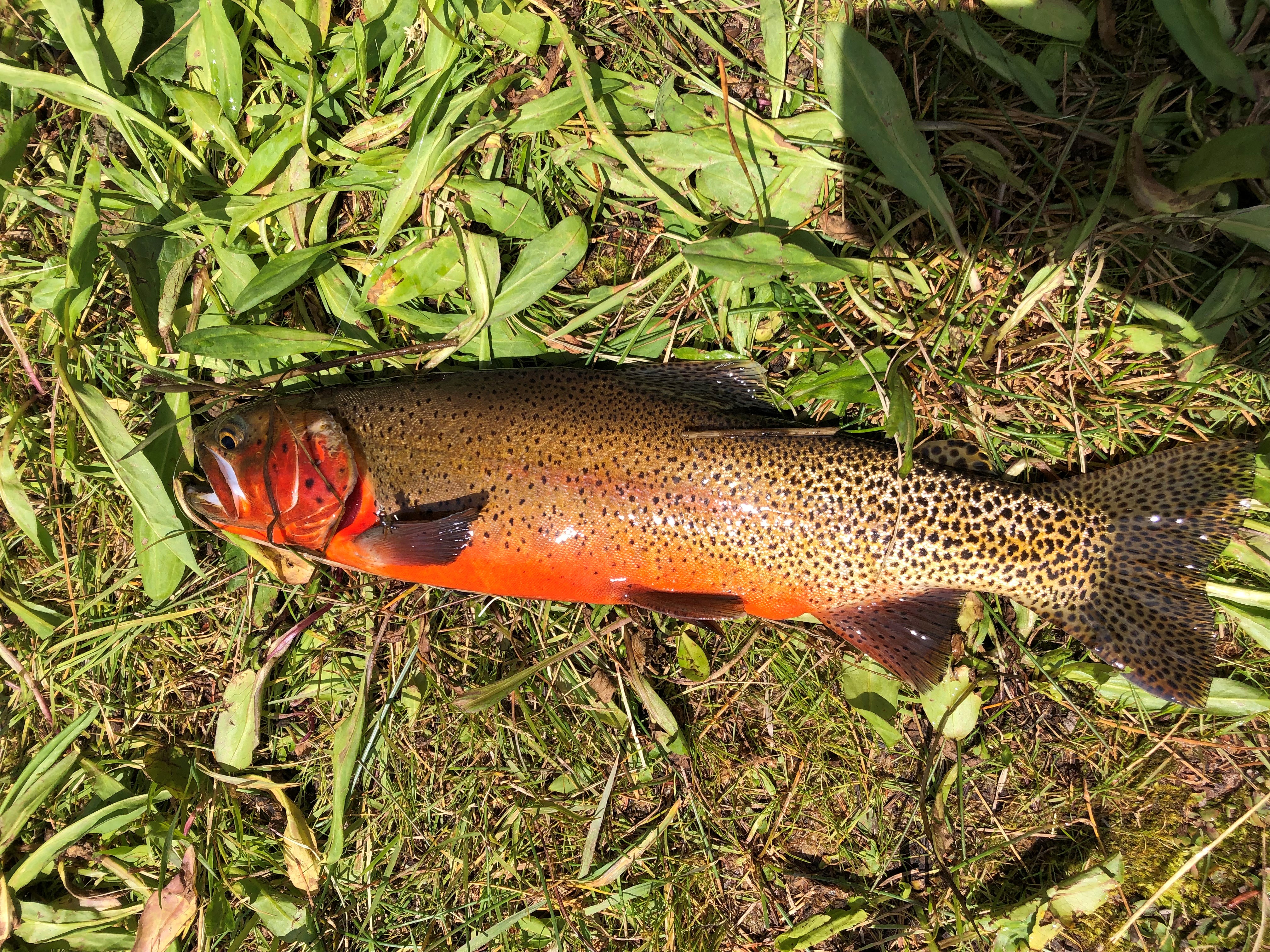 This hike was intended to replace my 22 mile run, and it did just that. When I returned to my car, my phone recorded exactly 26.2 miles.  It took me close to four hours to get to the top, then about the same back because I tweaked my calf muscle coming down and I could barely put any weight on it.  I had about 3 hours to fish. Lost is really fun to fish, and you are virtually guaranteed to catch all you want.  It is loaded with cutthroats that are fairly easy to catch. Louisa has bigger fish, but my time there was limited because I had to start working my way back.

I did see a few elk when I turned into the parking lot. 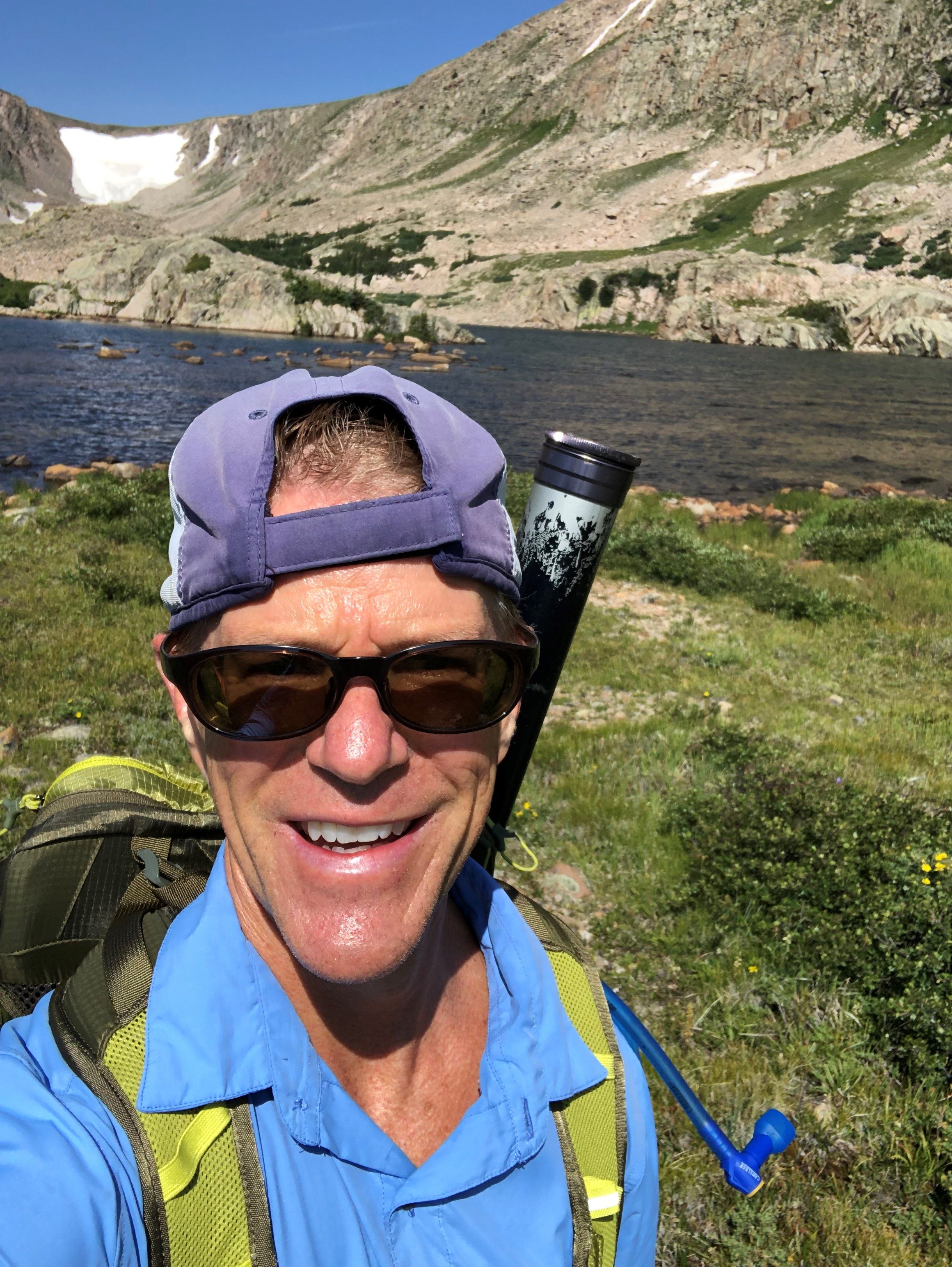 What I like about this hike is the variety of terrain.  Once you get above tree level you can see all the way down to the valley.  Also, it really opens up around Louisa.  The other thing to be aware of is that once you get above tree level, the wind really blows.  It made the fishing very difficult and it was quite cold.  Once I got back to Lost, there was virtually no wind and it was fifteen degrees warmer. 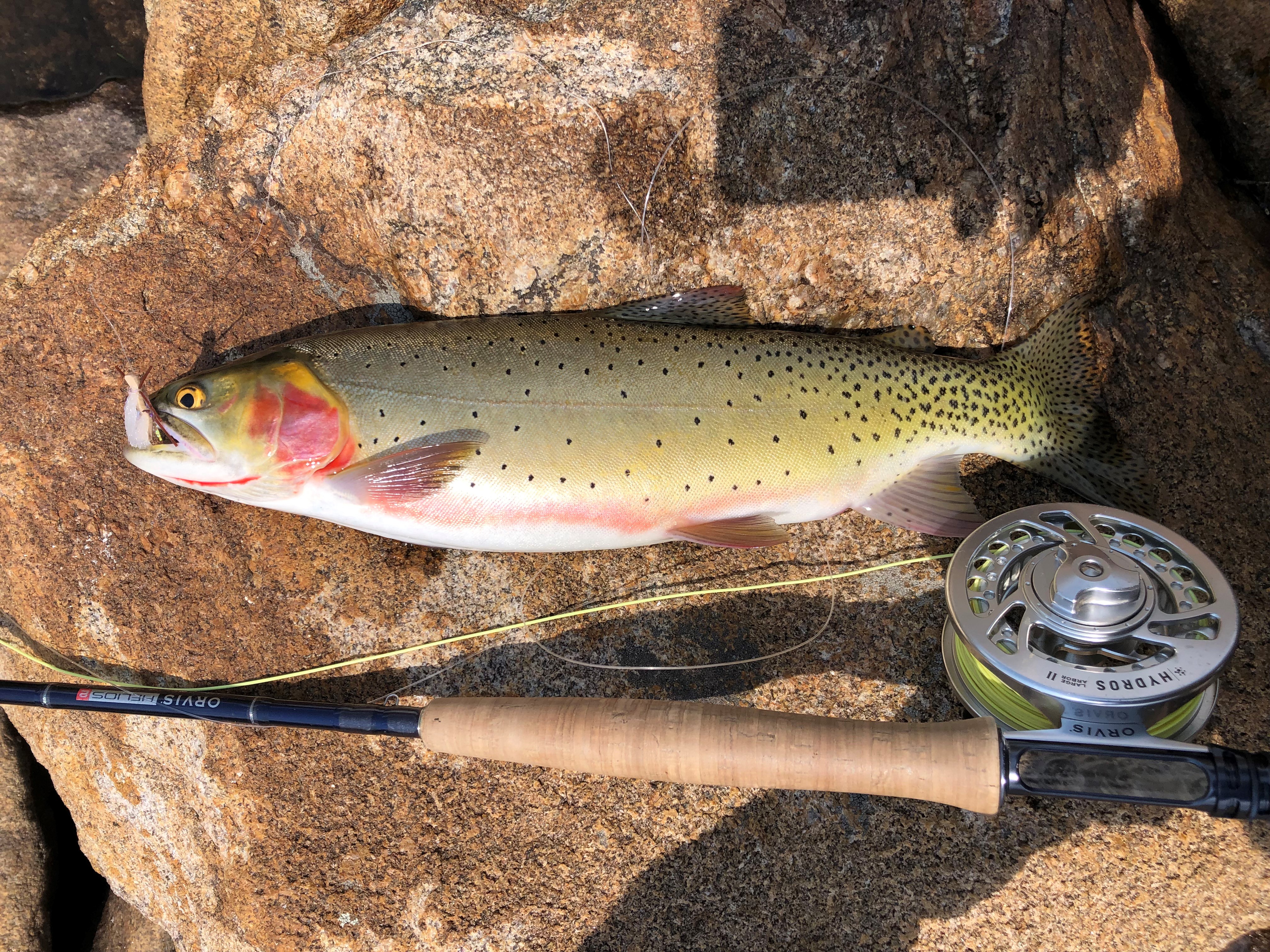 This is on my list for next week.  I’ll post next week if I make it up.