George Selden, a seasoned patent attorney, kept his horseless carriage patent application pending for over 16 years while he waited for the automotive industry to develop. He then sued the entire automotive industry with a patent that was good for another 14 years. Here is how Selden played his game:

Total time that Selden’s patent remained pending in the patent office: 16.5 years
Patent Office Turn Around Time once Selden Responded: 4 to 31 days
Average time for Selden to Respond to the Patent Office: 2 years

At the time, a patent applicant had two years to respond-which Selden gladly took. This was later reduced to a year, then to today’s time limit of 6 months (by paying for 3 months of extensions).

Nearly every automobile company took a license and marked their vehicles with a brass plate like the following:

The Association of License Automobile Manufacturers (the business owner of Selden’s patent) put out the following notice to any infringers. 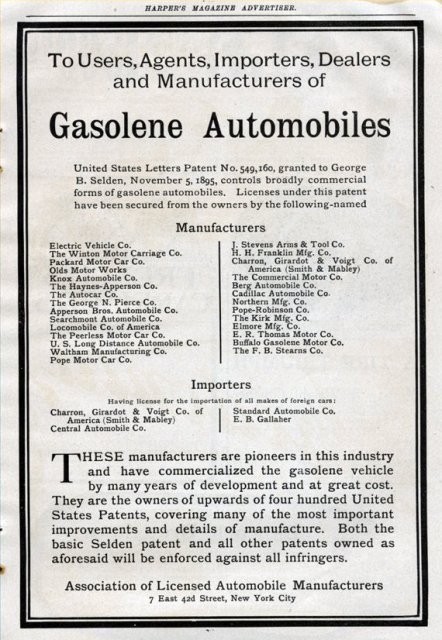 Ford countered with his own promise of protection. 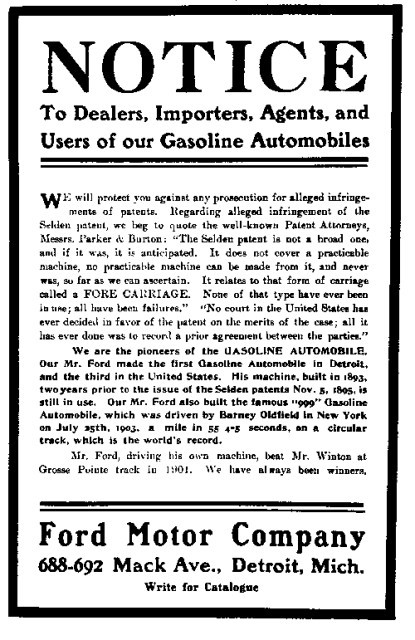