Working out with Arnold Schwarzenegger

This week I was visiting the European Patent Office in Munich.  I was staying at an old Bavarian hotel, the Bayerischer Hof. I usually like to get up early and get in a workout.  The hotel gym is on the top floor and is quite popular in the late morning, and I like to be there alone so I can actually get in a workout.  Anyway, when I arrived there was one gentlemen at on the bike, which really surprised me. I got busy lifting weights, when two large guys popped in and started talking to the person on the bike.  His voice sounded really familiar. I was really thirsty, so I went to the drinking fountain and had to push the two guys aside (the room is really small).  When I did, I found myself face to face with the man who’d gotten off the bike. It was Governor Schwarzenegger who was surrounded by his two body guards. I was totally shocked. That was the last place I’d expect to see him.  We spoke for a bit, mostly about the state of the MMA and then I went back to working out.  He also had with him his girlfriend who came in to do the elliptical.  He lifted a few weights then they left. By then word was out and everyone kept looking in to see if they could get a glimpse.

Kind of strange, but at least I can now say that I worked out with Arnold. 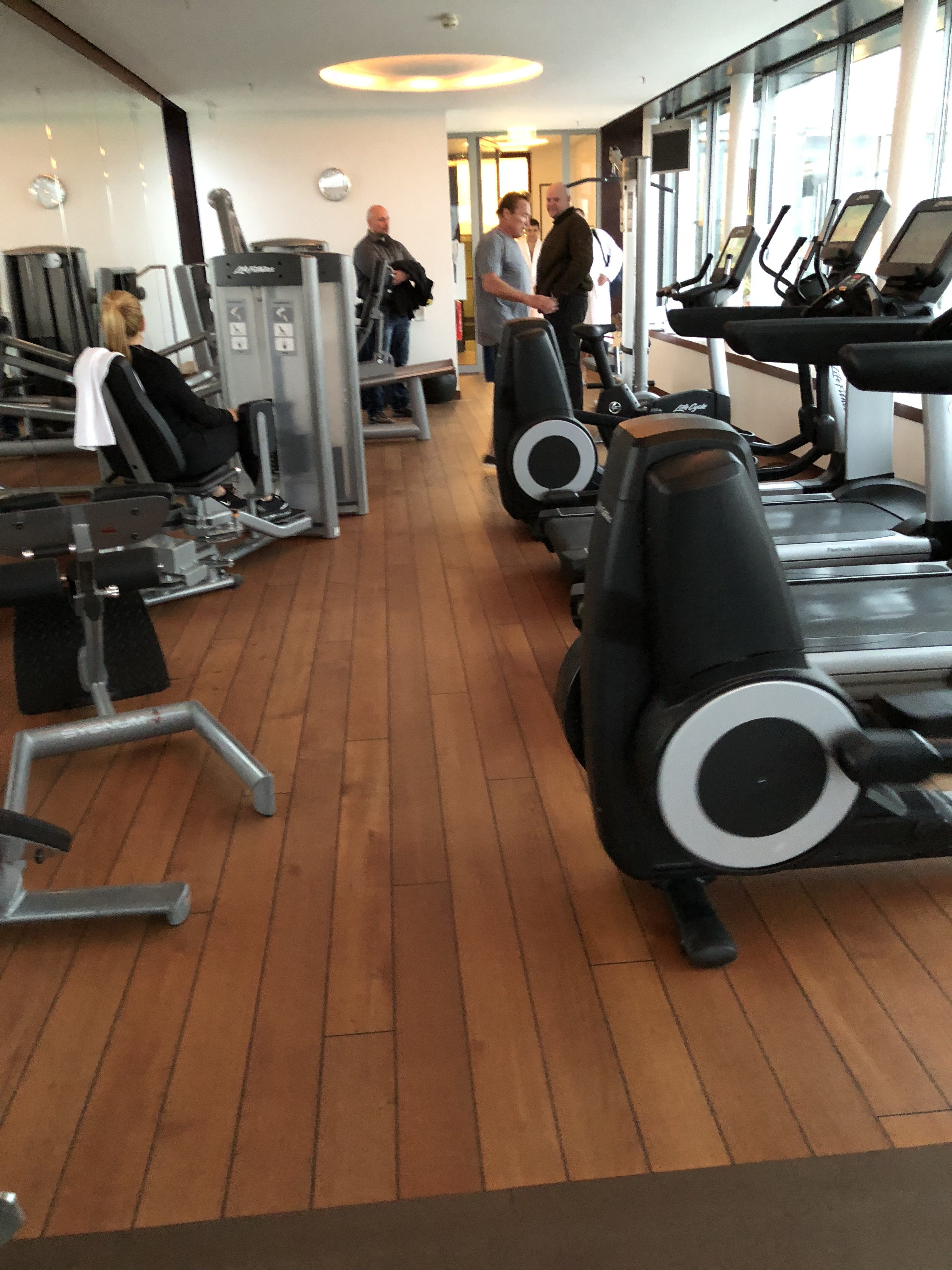