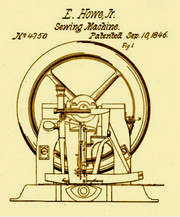 “[Man’s] first important discovery was the fact that he was naked; and his first invention was the fig-leaf-apron.”

Why we Need a Model Requirement

Today we desperately need a modern equivalent to the model requirement. If the model requirement were resurrected, it would force inventors to prove that they have actually invented something-as opposed to simply scribbling some semblance of an invention on a patent napkin, then be awarded a twenty year monopoly. Such a requirement would eliminate today’s “paper patents”- ideas sketched out on paper but never actually built-and would eliminate much of the dubious litigation involving so called “patent trolls”.

Of course, the patent office could not store physical patent models as in the past. However, one simple solution is to document proof of construction on video. Today, patent applications can be filed by mail or electronically. For those filing by post, a DVD could be submitted along with the application. If filed electronically, a movie file could be uploaded to the patent office web site. After eighteen months, not only would the patent application be published (as is currently the case), but the video could be made available for public inspection by a simple posting of the clip on YouTube.