Since I needed to long training day for my marathon, I decided to make the twenty mile round trip. I’m glad I did.  The basin holding these lakes is perhaps the most beautiful in Rocky Mountain National Park.

To get there, you start at the Finch Lake trail head, but I think you could also get in through Allenspark.  You pass by Finch lake and then a really pretty pond that I’ve pasted below. 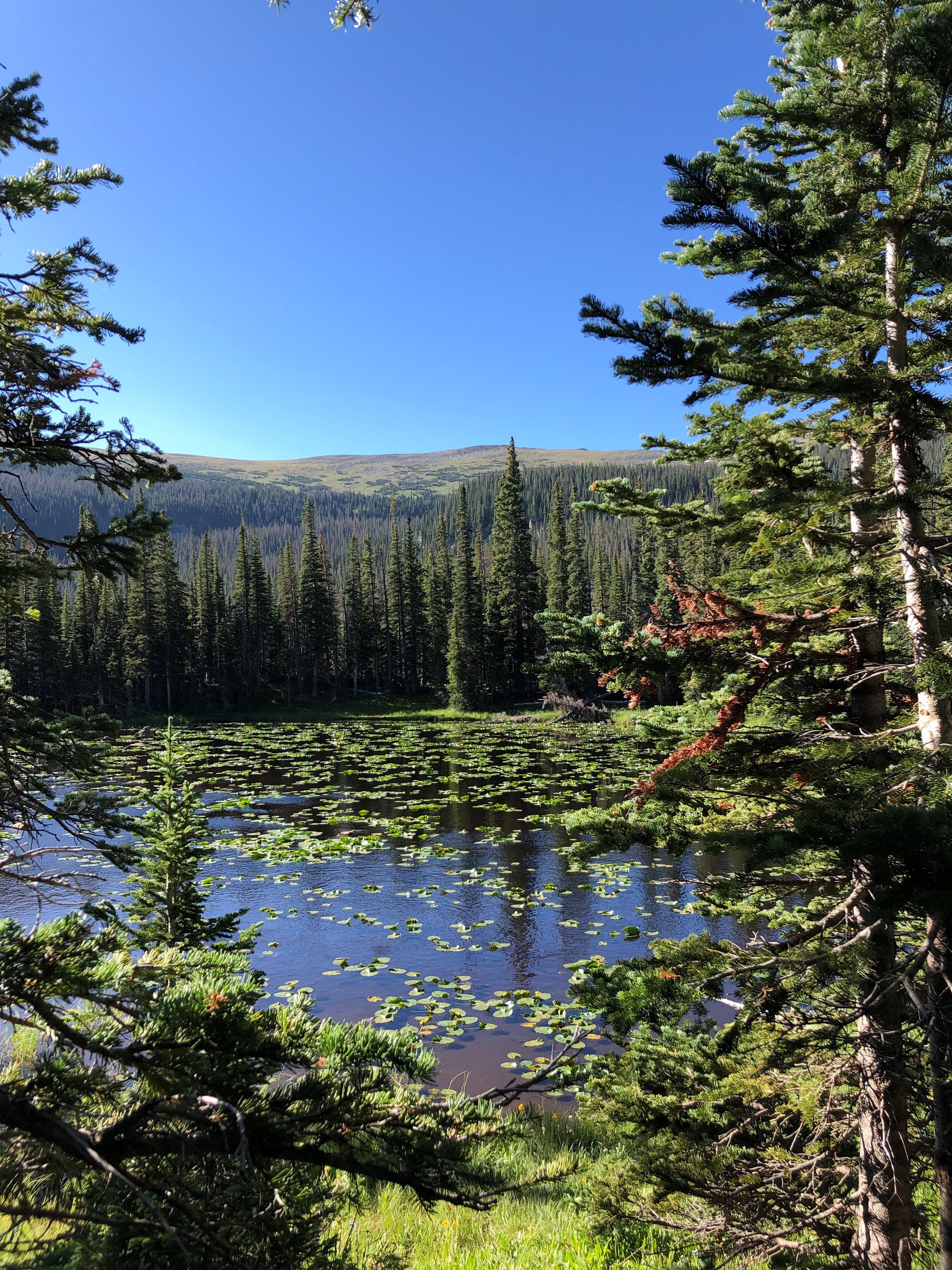 I got to Pear Lake in under three hours.  I was going to stop there and fish, but I decided to keep going to make sure I had enough time at the top. It was a good thing because I ran out of time and didn’t get to fish Pear. 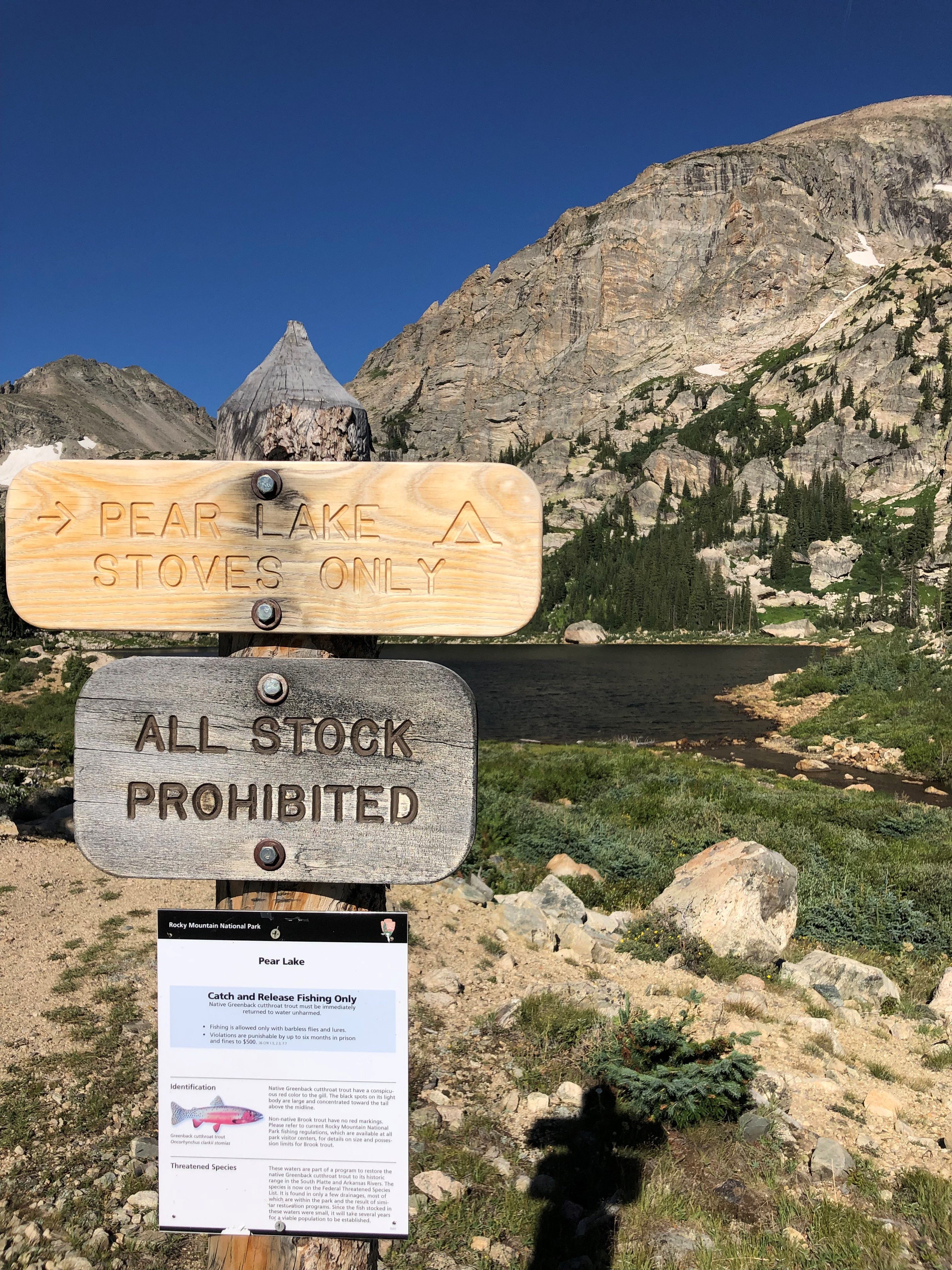 There is a trail going up from Pear, but it soon peters out and you have to bushwhack it over the hill in heavy timber until you come to Lower Hutcheson.  I printed out 3D maps, and even with those I had to guess where I was going.  The fishing was okay.  The grass was trampled so I suspected several people had been there. 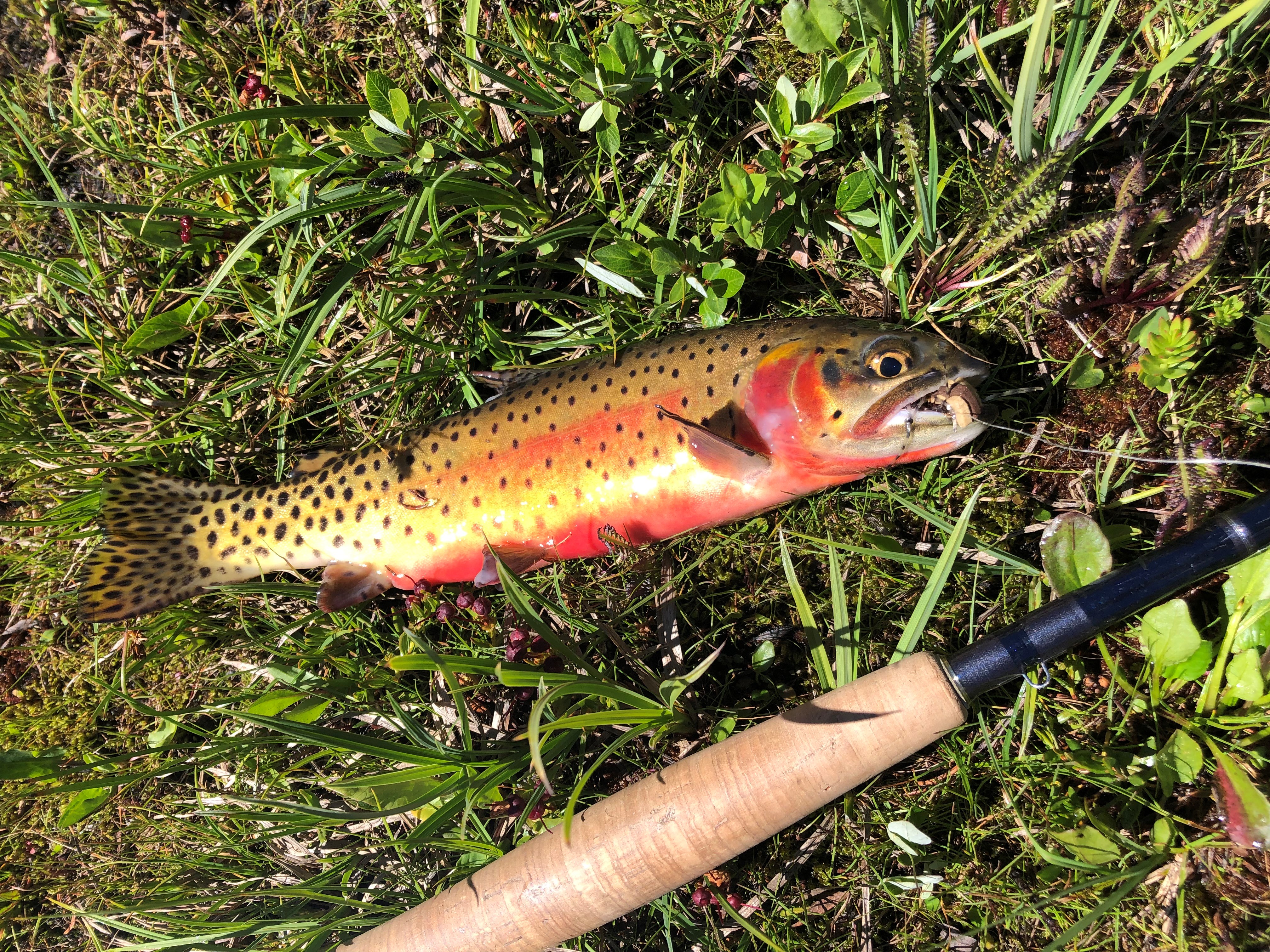 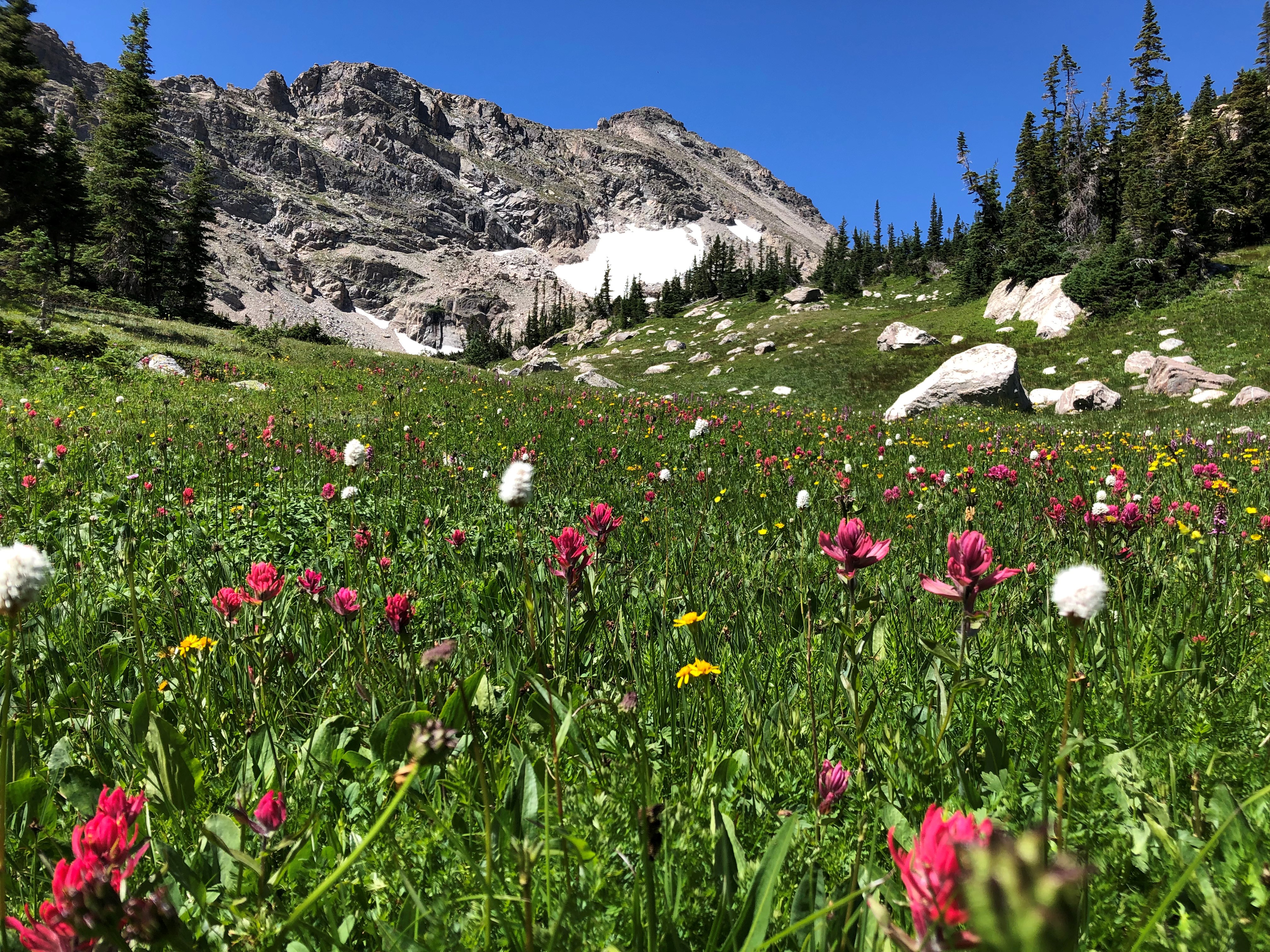 So, I headed another mile to the upper lake.  You have to stay high on the mountain all the way because the brush is so thick at the bottom.  This also involves a bit of rock climbing to get over one cliff. 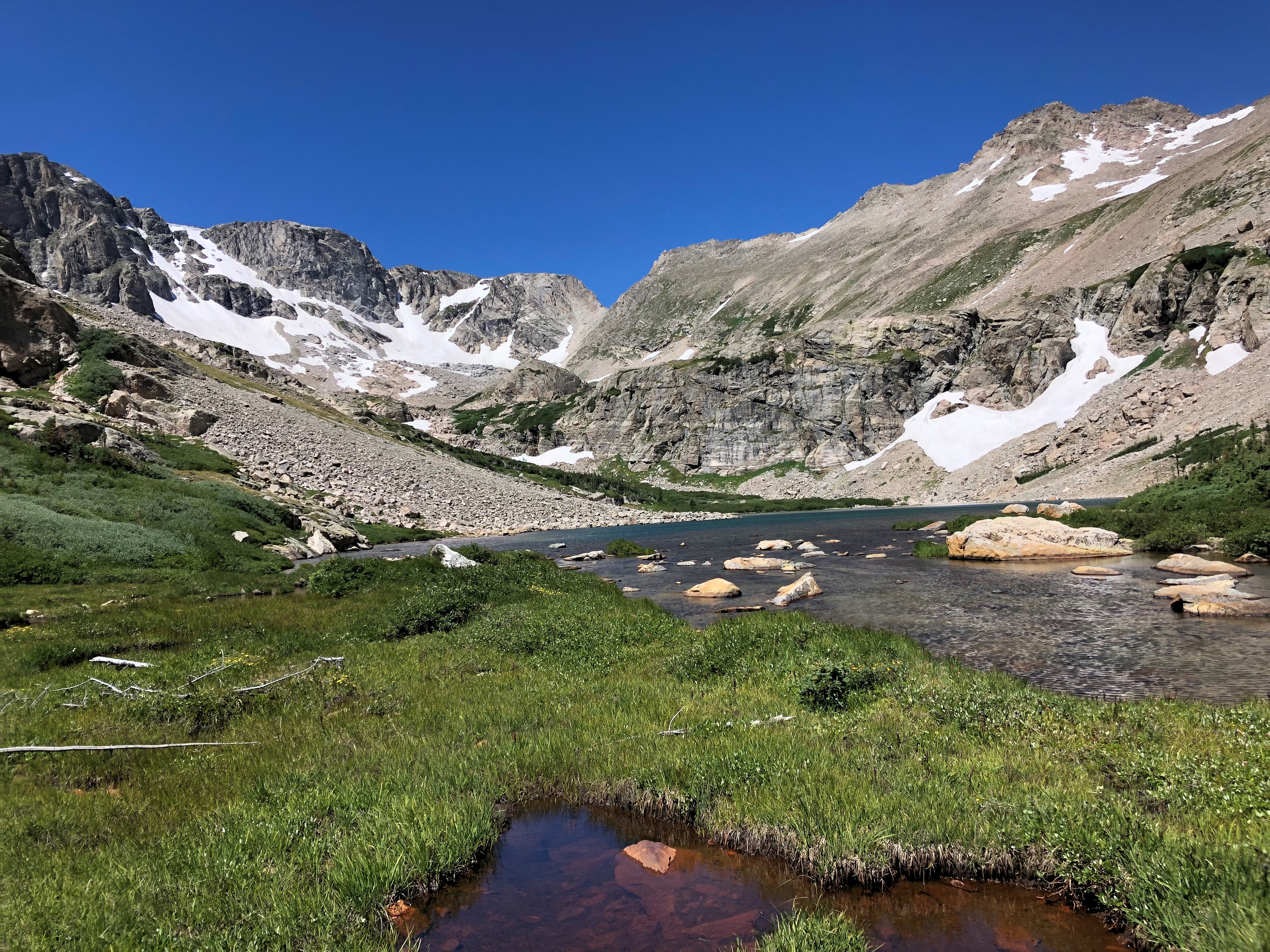 Here are the pictures when you get to the top.  Quite spectacular.  I suspect few people get here each year.  The fishing in the upper lake was also fasntistic, but they weren’t very big.  This is probably because of the elevation.  Still, it was fun catching them.  It was definitely worth the trip, just for the scenery. 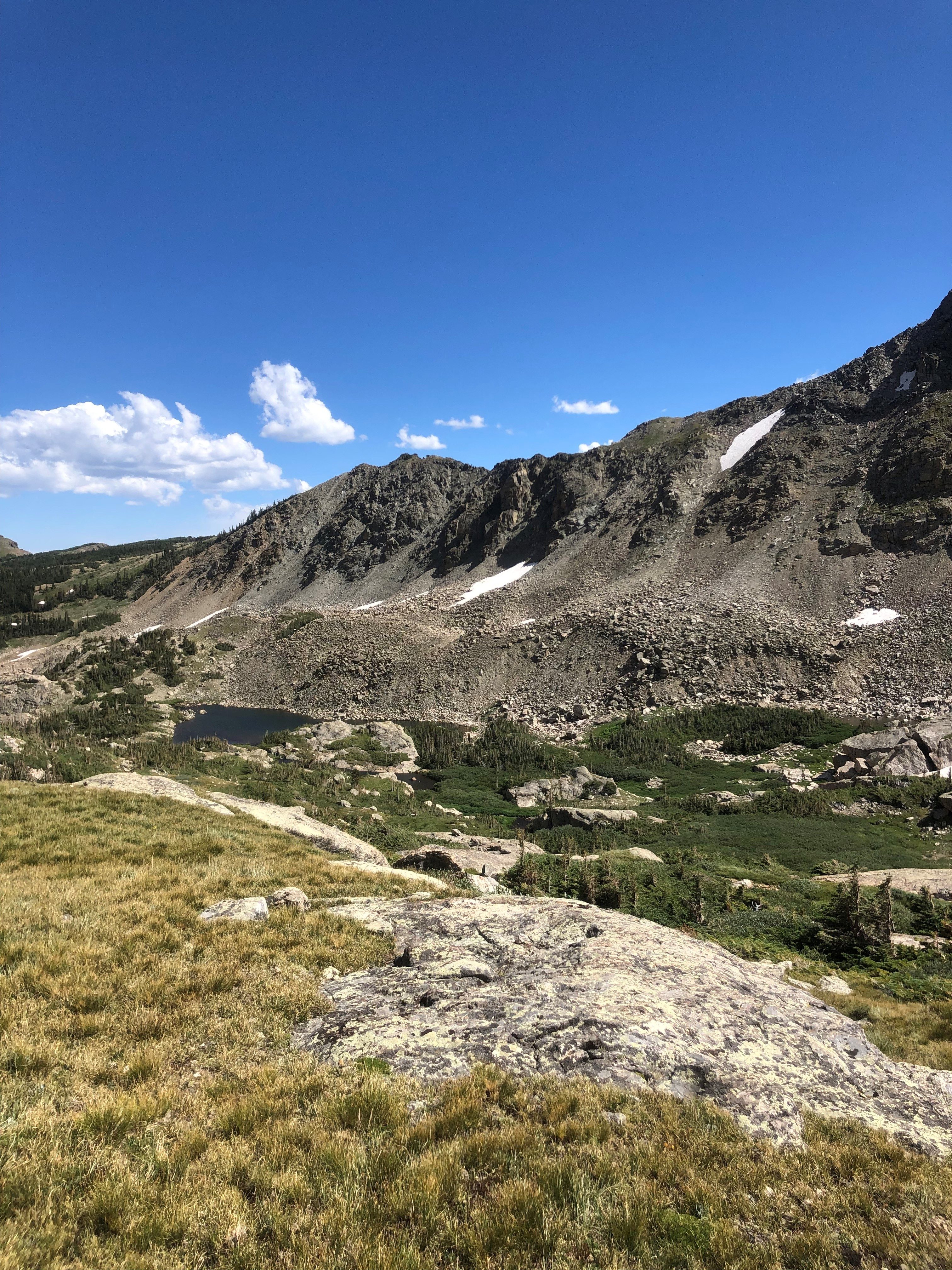 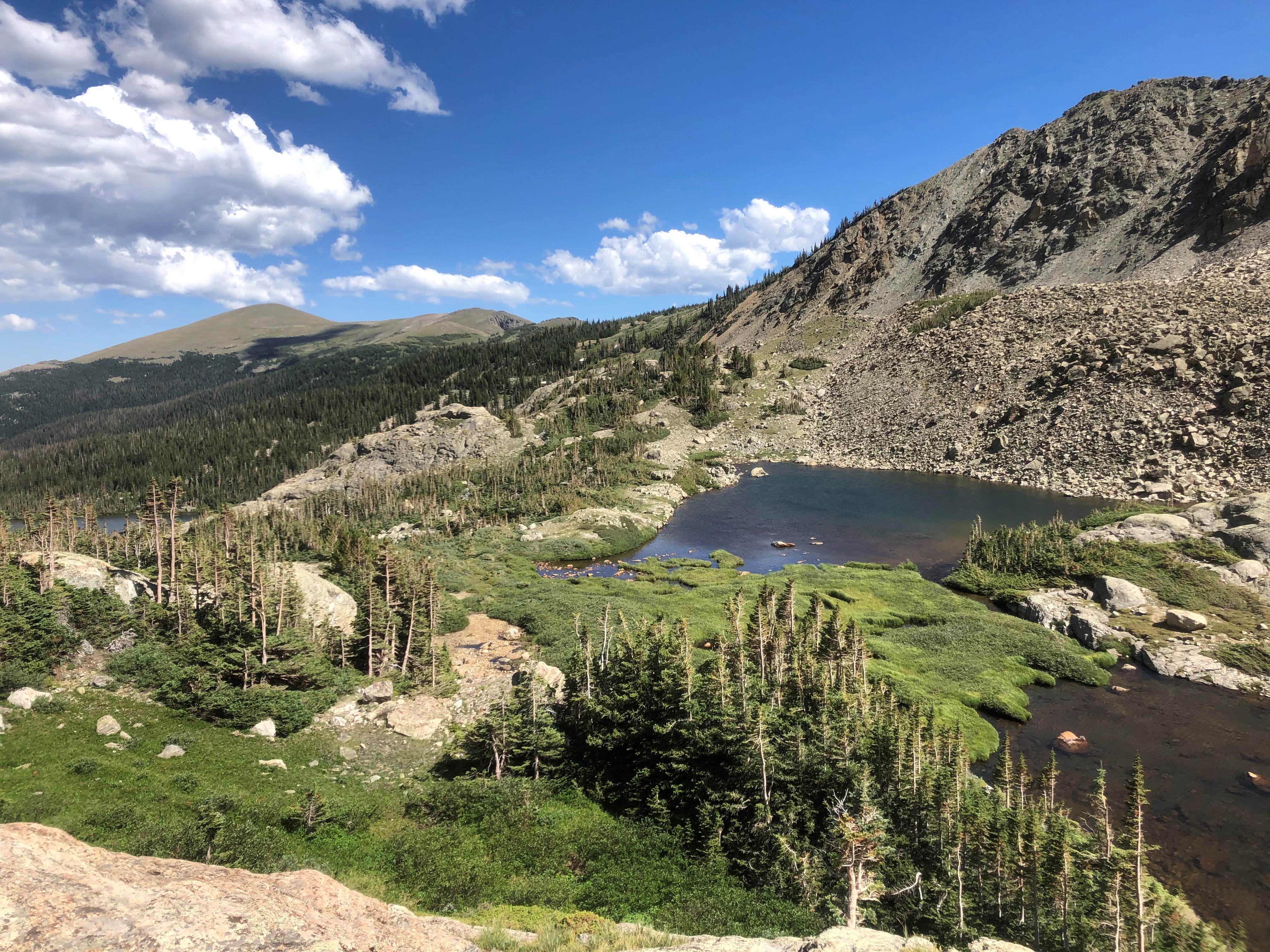 Total distance was twenty miles.  It look close to four hours to get to the top, and under two to get back because I jogged the entire way.