Baseball is back, and I’m celebrating by giving away 100 eBooks of Gil.  If you have the Audible version, you can also use Whispersync to keep track of where you are at.  Here is how you can enter the giveaway.   Goodreads Book Giveaway Gil by Darin Gibby Giveaway ends September 09, 2020. See the…

Freebie Day for Why Has America Stopped Inventing?

For one day only, we’ve decided to give away free copies of Why Has America Stopped Inventing?  Normally the eBook is $7.99, but on January 13, 2017 I will be giving it away for free.  If you want a Kindle version, click here for the link. Thanks to Morgan James Publishing for letting me do…

Goodreads Giveaway is Back!

With nearly a thousand entries last time, I thought I’d repeat the Goodreads Giveaway.  If you’d like to enter for a free, signed copy of The Vintage Club, here’s how to enter.  And, don’t forget to take a look at my new book trailer. Goodreads Book Giveaway The Vintage Club by Darin Gibby Giveaway ends…

Congratulations to the Winners 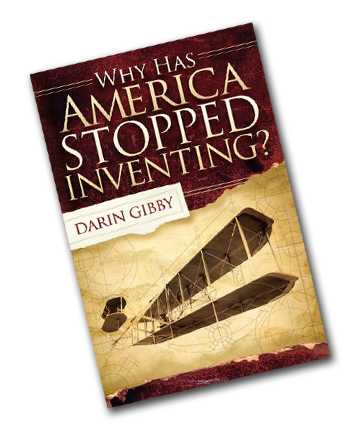 The winners of the Goodreads giveaway for my book Why Has America Stopped Inventing? were announced this morning.  A total of 833 readers entered to win.  Congratulations to the winners.  Your books will be in the mail shortly.

My giveaway of The Vintage Club on Goodreads ended today.  I was thrilled to see that 921people  entered to win. Congratulations to the 20 winners!  They reside in the United States, Great Britain, Canada and Australia. I was surprised to see how many international readers are members of Goodreads.  Your books will be shipping soon. Since…