Last week we did our second hike in RMNP, going to Lost, then Husted.  I’m not sure why they call it Lost Lake, it should be Long Lake, not because the lake is long, but the hike is unbearably long.  Round trip it was 23 miles.  We started hiking at 6:30 am and got back around 7:30 pm.  We’d read reports of lots of snow, but we didn’t see any until we got close to Lost.  Then there was a ton of it.  Some of the drifts were over 12 feet.  The last 200 yards were all over snow because that was the only way to get there.  Then, going up to Husted, the trail was totally blocked so we headed up a snowfield all the way.  I was surprised that it wasn’t too bad, much easier than bushwhacking it which I’ve done before.  As usual, the wind was howling at Husted making the fishing really difficult.  We dropped back down to Lost and fished the rest of the day.  It’s filled with cuts and brookies and you can catch as many as you want.  Fishing aside, the hike is beautiful.  I’ve included a photo below of one of my favorite parts at the beginning of the trail. 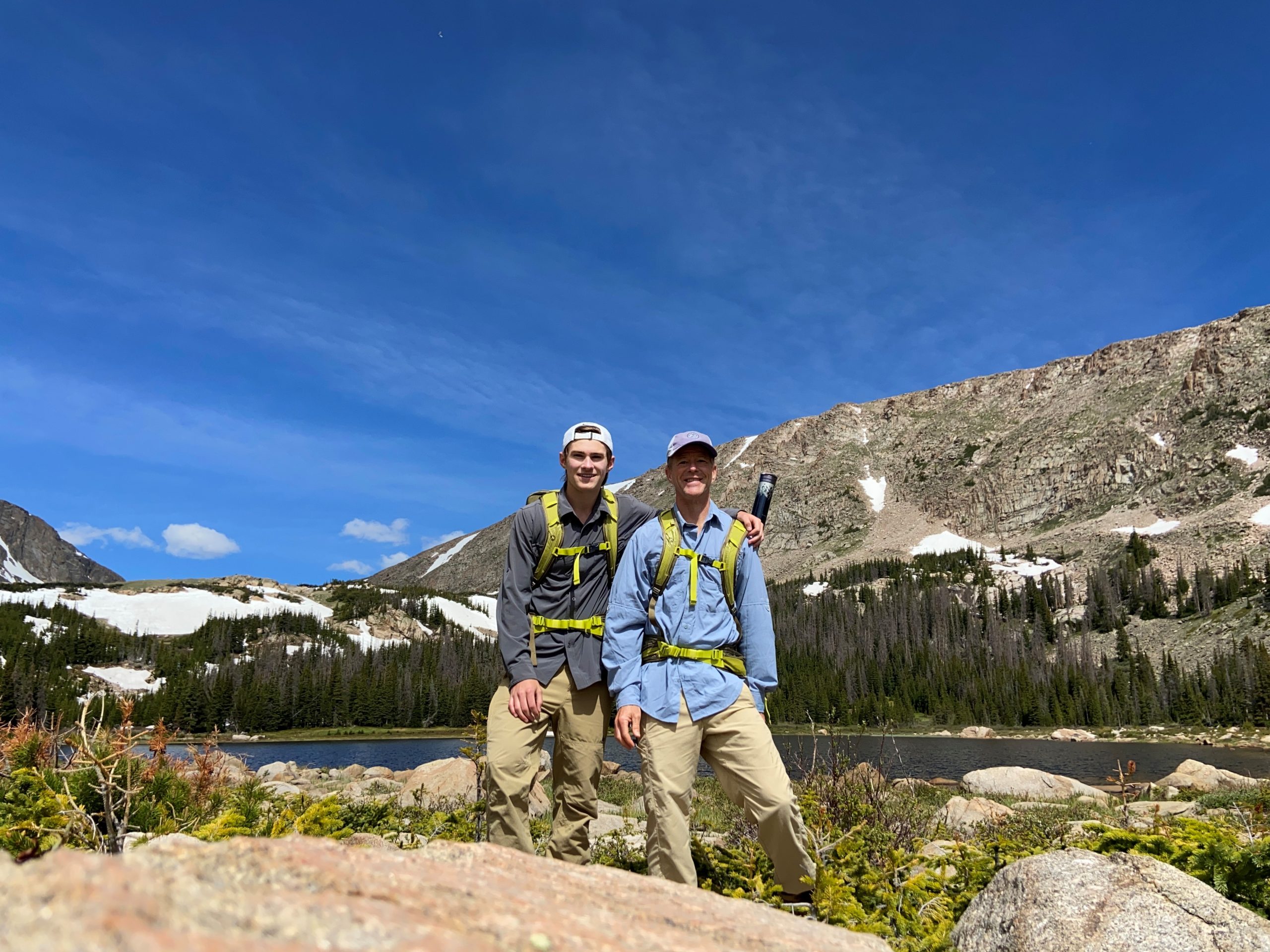 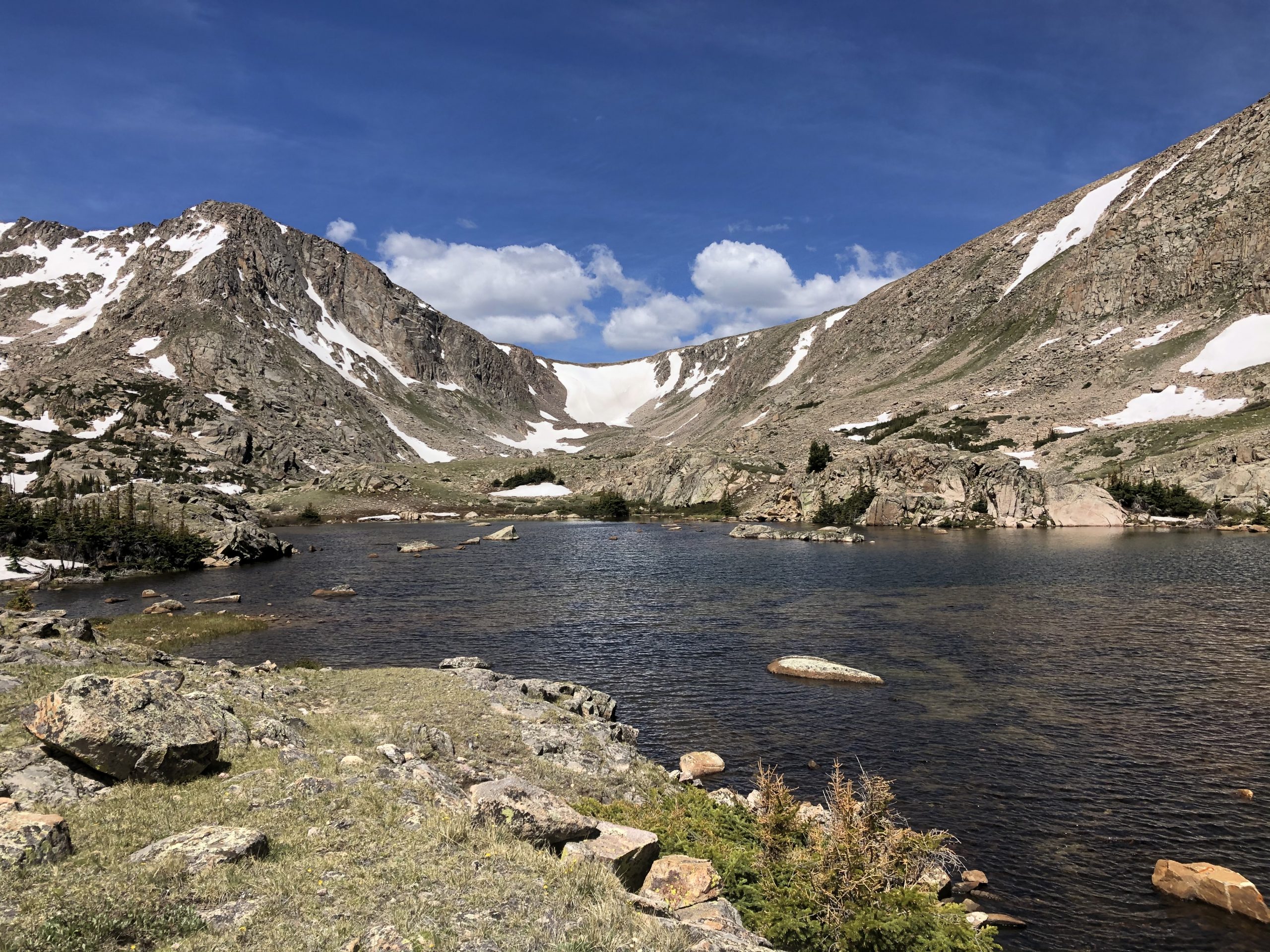 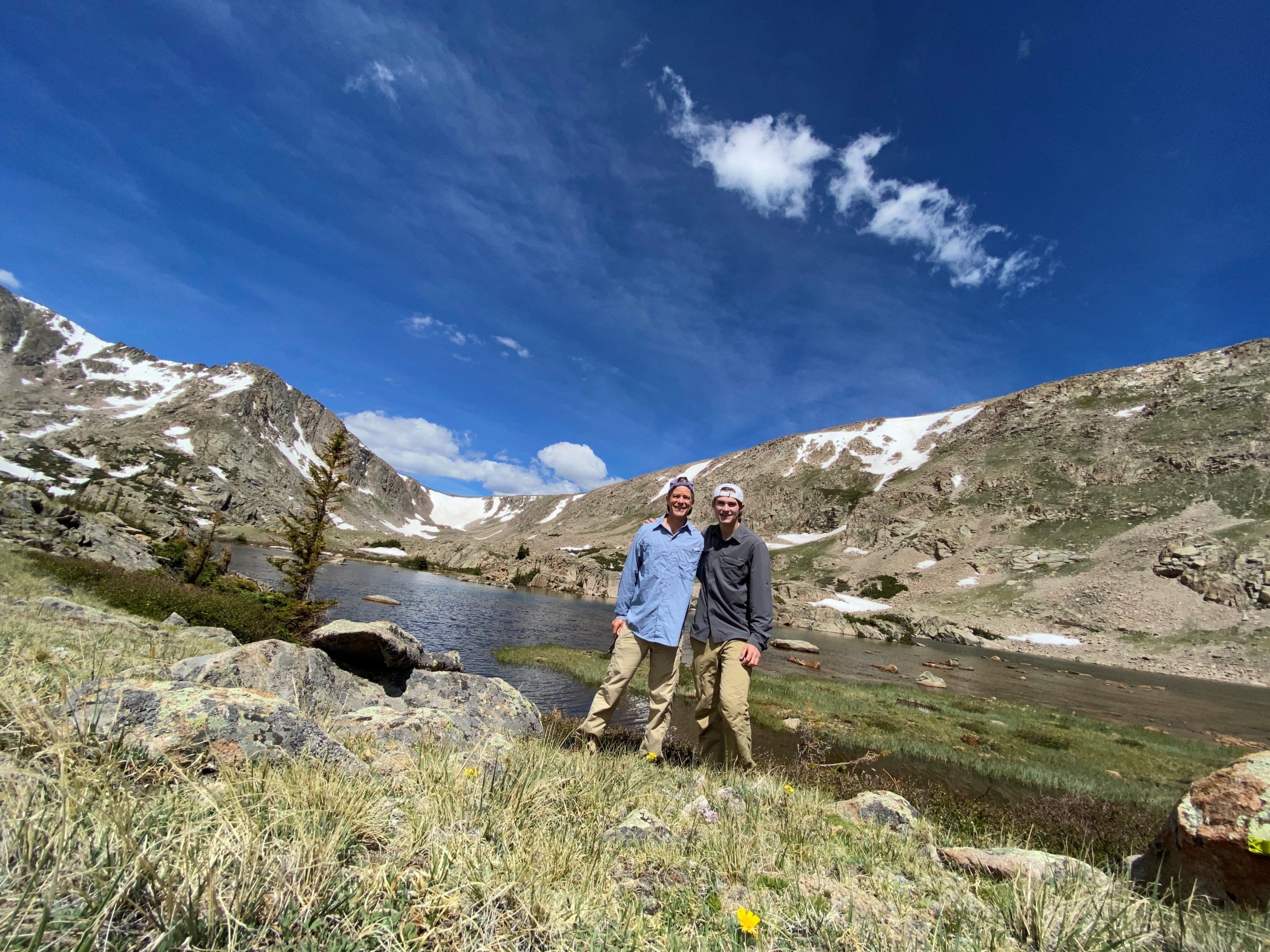 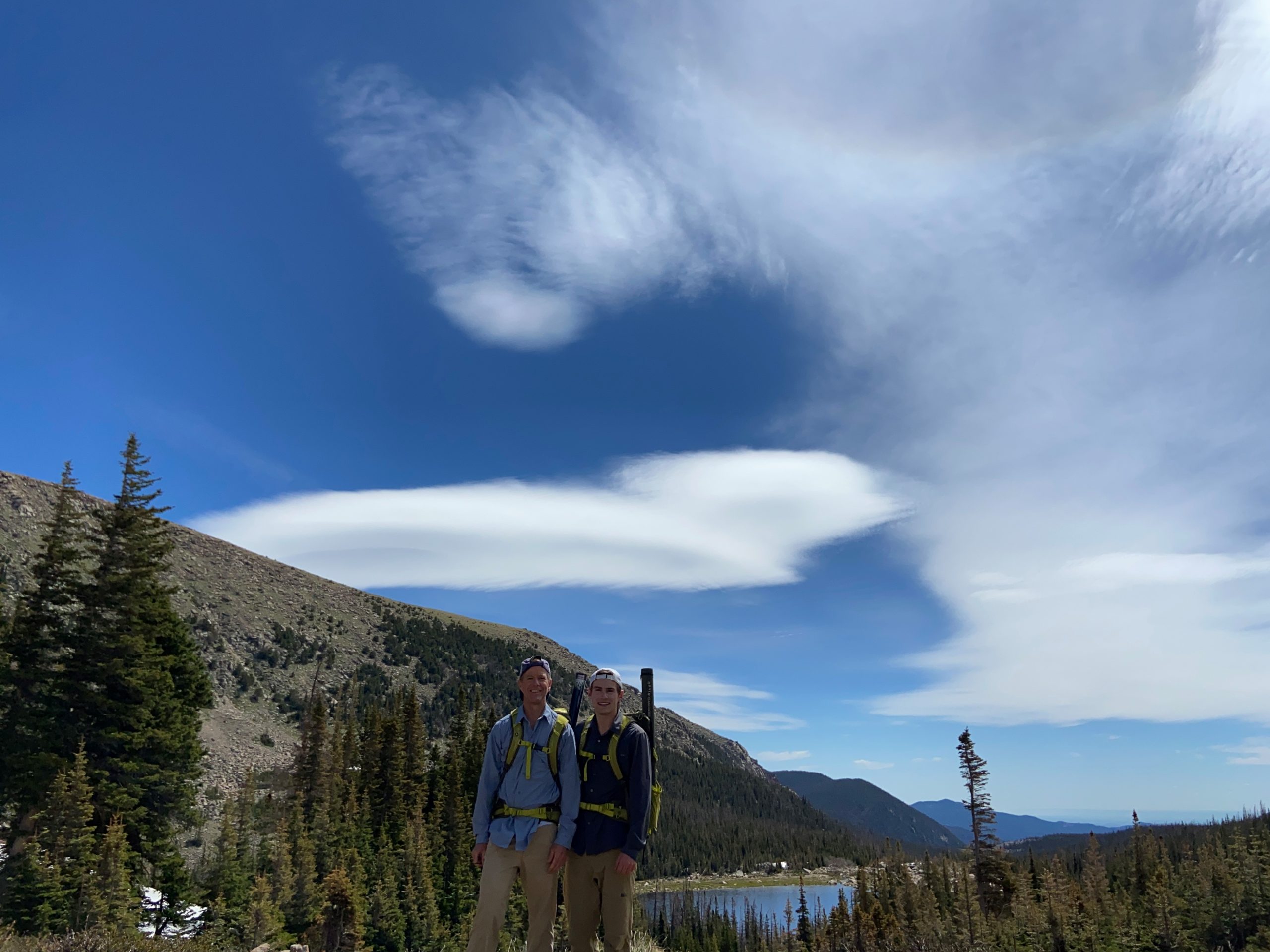 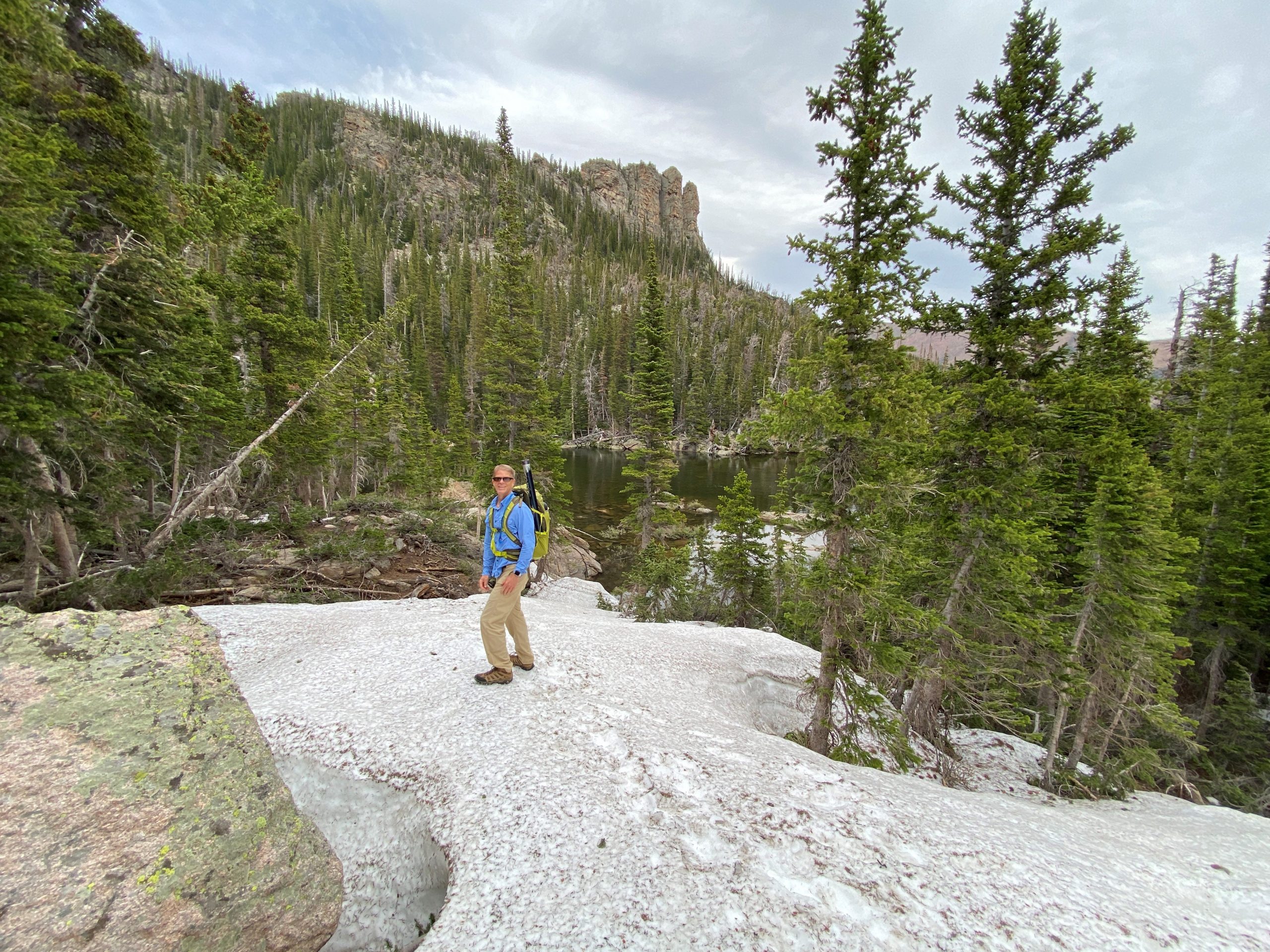 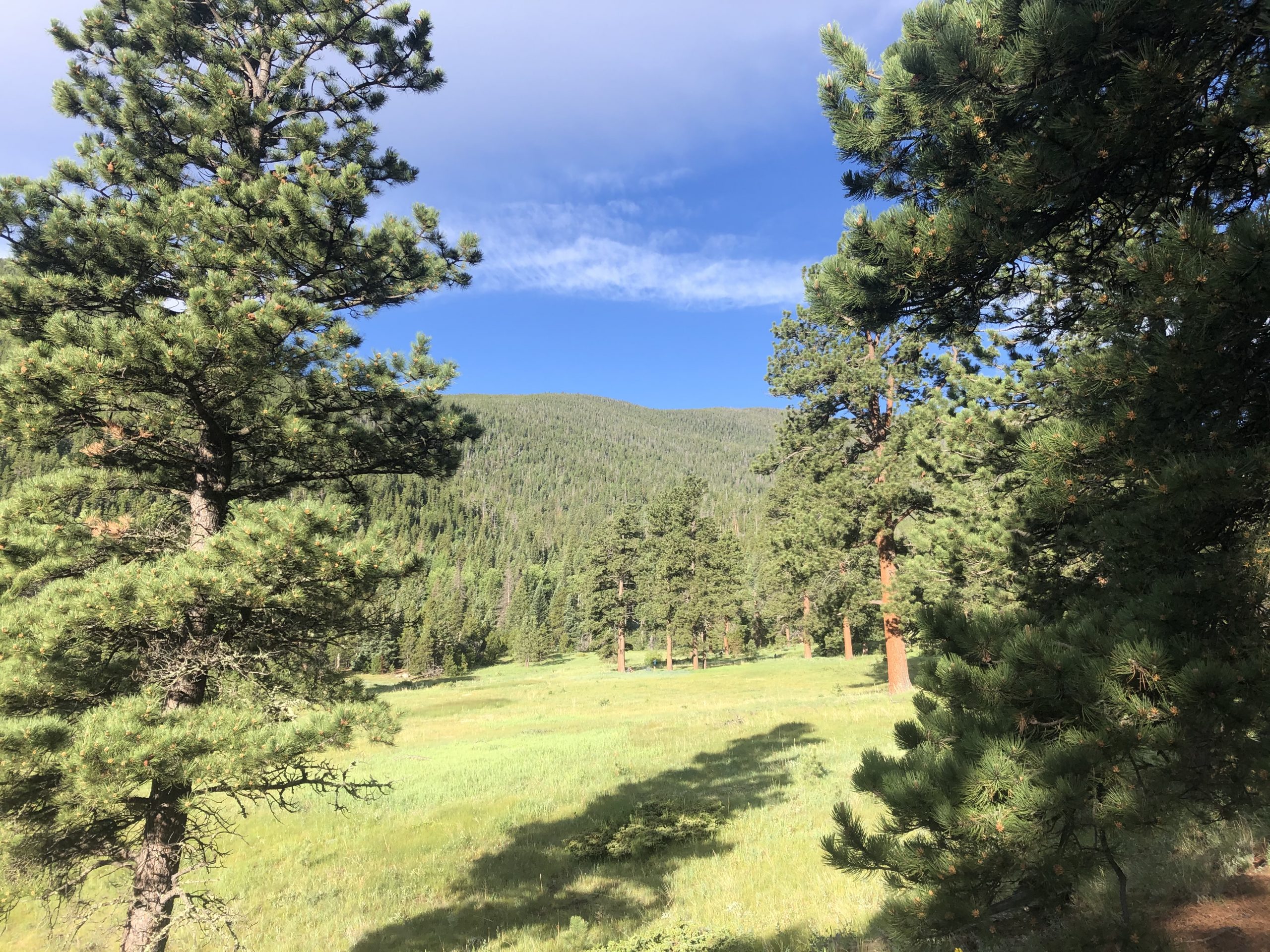