It used to be that you could have all your friends post reviews for you on Amazon.  But as you’ve probably heard, Amazon has cracked down on this.  I’m not sure if they search all your social media sites to see if the person posting is an acquaintance, but they have ways of finding out…

eReader IQ is featuring Gil today.  Here is the link.

Gil is being promoted on Book Circle.  Here is the link.

It’s pretty cool when someone discovers your book and posts a review on YouTube.  Here is a review that was posted this week.  It’s at minute 17:30, right after the review of Tim Tebow’s book.  The YouTube link is here. And, if you want to read more on the review on her blog (Scrap Happy…

The final $0.99 promotion of Gil is on ManyBooks.  Here is the link.

Promotion on My Book Cave

Gil was featured today on My Book Cave.  Here is the link to the promotion.  This is the final week of promotions.  Next week Gil goes back to the normal price. 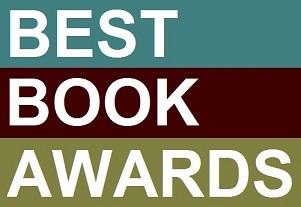 The 2016 Best Book Awards just announced the winners for their 2016 contest.  Gil was selected as an Award-Winning Finalist in the “Fiction: Religious” category.  Here is a link to the press release.

Running another promotion on Booklover’s Heaven.  Here is the link.